IMDb: 7.5 2012 38 views
Nanami was just a normal high school girl down on her luck until a stranger’s lips marked her as the new Land God and turned her world upside ...
AnimationComedyFantasyRomance 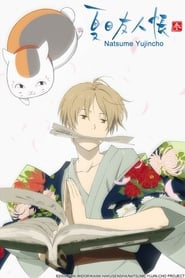 IMDb: 8.5 2008 37 views
Natsume Takashi has the ability to see spirits, which he has long kept secret. However, once he inherits a strange book that belonged to his ...
Animation

IMDb: 8.4 1999 42 views
Onizuka is an ex-biker and gang leader who has one goal, to become the greatest teacher. He learns of the power and respect possible as an intern ...
AnimationComedyDrama