The Lego Movie 2: The Second Part

The Lego Movie 2: The Second Part

IMDb: 6.7 2019 106 min 56 views
It’s been five years since everything was awesome and the citizens are facing a huge new threat: LEGO DUPLO® invaders from outer space, ...
ActionAdventureAnimationComedyFamilyFantasyScience Fiction

IMDb: 6.1 2018 94 min 39 views
Los Angeles, June 21st, 2028. While the streets are being torn apart by riots, the Nurse, who runs a clandestine hospital for criminals in the ...
ActionScience FictionThriller

IMDb: 5.6 2018 111 min 44 views
It has been ten years since The Battle of the Breach and the oceans are still, but restless. Vindicated by the victory at the Breach, the Jaeger ...
ActionAdventureFantasyScience Fiction

IMDb: 6.1 2015 99 min 35 views
Hoping to bring his family closer together and to recreate his childhood vacation for his own kids, a grown up Rusty Griswold takes his wife and ...
Comedy

IMDb: 6.3 2014 108 min 44 views
Dale, Kurt and Nick decide to start their own business but things don’t go as planned because of a slick investor, prompting the trio to ...
Comedy

IMDb: 7.8 2014 100 min 43 views
An ordinary Lego mini-figure, mistakenly thought to be the extraordinary MasterBuilder, is recruited to join a quest to stop an evil Lego tyrant ...
AdventureAnimationComedyFamilyFantasy

IMDb: 6.9 2013 131 min 55 views
When legions of monstrous creatures, known as Kaiju, started rising from the sea, a war began that would take millions of lives and consume ...
ActionAdventureScience Fiction

IMDb: 7.3 2013 104 min 57 views
A look at the relationship between Mike and Sulley during their days at Monsters University — when they weren’t necessarily the best of friends.
AnimationFamily

IMDb: 6.9 2011 98 min 39 views
For Nick, Kurt and Dale, the only thing that would make the daily grind more tolerable would be to grind their intolerable bosses into dust. ...
ComedyCrime 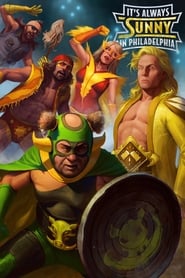 IMDb: 8.2 2005 127 views
Four egocentric friends who run a neighborhood Irish pub in Philadelphia try to find their way through the adult world of work and relationships. ...
Comedy