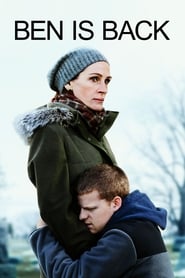 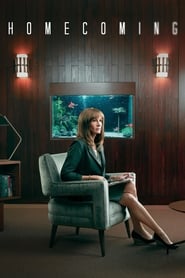 IMDb: 7.5 2018 98 views
Heidi Bergman is a caseworker at Homecoming, a Geist Group facility helping soldiers transition to civilian life. Years later she has started a ...
Drama

IMDb: 6.5 2016 98 min 90 views
Financial TV host Lee Gates and his producer Patty are put in an extreme situation when an irate investor takes over their studio.
DramaThriller

IMDb: 5.6 2012 106 min 99 views
After she spends all her money, an evil enchantress queen schemes to marry a handsome, wealthy prince. There’s just one problem – ...
AdventureComedyDramaFamilyFantasy

IMDb: 6.3 2006 97 min 108 views
Wilbur the pig is scared of the end of the season, because he knows that come that time, he will end up on the dinner table. He hatches a plan ...
ComedyFamilyFantasy

IMDb: 6.5 2004 125 min 98 views
Danny Ocean reunites with his old flame and the rest of his merry band of thieves in carrying out three huge heists in Rome, Paris and Amsterdam ...
CrimeThriller

IMDb: 7.0 2002 113 min 107 views
Television made him famous, but his biggest hits happened off screen. Television producer by day, CIA assassin by night, Chuck Barris was ...
ComedyCrimeDramaRomanceThriller

IMDb: 7.8 2001 116 min 108 views
Less than 24 hours into his parole, charismatic thief Danny Ocean is already rolling out his next plan: In one night, Danny’s hand-picked ...
CrimeThriller

IMDb: 6.7 1997 135 min 104 views
A man obsessed with conspiracy theories becomes a target after one of his theories turns out to be true. Unfortunately, in order to save himself, ...
ActionDramaMysteryThriller

IMDb: 6.8 1991 142 min 120 views
The boy who wasn’t supposed grow up—Peter Pan—does just that, becoming a soulless corporate lawyer whose workaholism could cost him his ...
AdventureComedyFamilyFantasy

IMDb: 6.6 1990 115 min 110 views
Five medical students want to find out if there is life after death. They plan to stop one of their hearts for a few seconds, thus simulating ...
DramaHorrorScience FictionThriller

IMDb: 7.0 1990 119 min 113 views
When a millionaire wheeler-dealer enters a business contract with a Hollywood hooker Vivian Ward, he loses his heart in the bargain.
ComedyRomance