IMDb: 6.8 2020 103 min 1536 views
In a suburban fantasy world, two teenage elf brothers embark on an extraordinary quest to discover if there is still a little magic left out there.
AdventureAnimationComedyFamilyFantasy

IMDb: 7.6 2019 129 min 740 views
Peter Parker and his friends go on a summer trip to Europe. However, they will hardly be able to rest – Peter will have to agree to help ...
ActionAdventureScience Fiction

IMDb: 8.5 2018 149 min 1675 views
As the Avengers and their allies have continued to protect the world from threats too large for any one hero to handle, a new danger has emerged ...
ActionAdventureScience Fiction 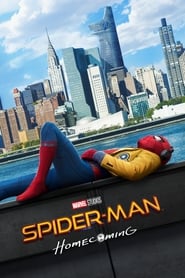 IMDb: 7.4 2017 133 min 372 views
Following the events of Captain America: Civil War, Peter Parker, with the help of his mentor Tony Stark, tries to balance his life as an ...
ActionAdventureDramaScience Fiction

IMDb: 6.9 2015 122 min 211 views
In the winter of 1820, the New England whaling ship Essex is assaulted by something no one could believe—a whale of mammoth size and will, and an ...
ActionAdventureDramaHistoryThriller

IMDb: 7.6 2012 113 min 167 views
In December 2004, close-knit family Maria, Henry and their three sons begin their winter vacation in Thailand. But the day after Christmas, the ...
DramaThriller