Goede tijden, slechte tijden, also known as GTST, is the longest-running Dutch soap opera, which began on 1 October 1990 on RTL4. The programme was the first daily soap in the Netherlands. The soap is produced by Joop van den Ende and to date over 4,000 episodes have been broadcast. It was inspired by the Australian soap The Restless Years, although it started following its own course during the third season. GTST is broadcast Monday to Friday at 20:00. Around 1.5 million viewers watch each episode. It is the highest rated soap opera in the Netherlands. The soap mainly revolves around the lives of the families Alberts, Sanders, De Jong, Van Houten and Bouwhuis. It all takes place in the fictional town of Meerdijk. Like any other soap, marriage, divorce, kidnapping and business are a few of the ingredients of GTST, although in recent years, GTST has become known for writing and producing more controversial storylines. GTST is also known for having a summer break each year, ending a season sometime in June with a cliffhanger, only to resume three months later in September. Although the early cliffhangers often revolved around family drama, later cliffhangers have often revolved around disasters and unexpected twists. 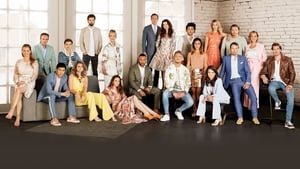